So you want to earn your money day trading the markets? You’re not the first person, and you certainly won’t be the last. It’s a lucrative business that contains a lot of risk, but a hefty reward for those who can get it right.

The reason why am writing this is that I see many new traders simply open up a chart, place and indicator on it, and suddenly think they going to make the shit load of money. They may get lucky, but 99% of the time they lose their shirts. Day trading is a business just like any other, and to be successful there are a few skills you need to learn. Here are my top three, learn these and practice them and you’ll soon be on your way.

Are you the type of person that puts things off when they need done right now? This is not a trait which will help you in your trading. You need to get organized, you need to be ruthless, and most of all you need to have discipline.

What I mean by that is, if you have a trading plan then this is your roadmap. If you are driving from one side of the country to another, you wouldn’t just go on your instinct. You would open up a map (or maybe use your GPS!) and follow it meticulously.

If you don’t follow the map it’s very likely you’ll get lost, and end up in some dodgy neighborhood where someone takes all your money from you. Your trading plan is your roadmap, and if it’s proven you’ll not get lost, and you certainly won’t get robbed.

You need to be ruthless. If this trait isn’t in you naturally then try something which forces you to be this way. I read a good article once by successful trader who wrote out the exact rules of his trading system, and pinned it to the wall above his computer monitor. Each and every time he entered a trade and emotions got the better of him, he quickly read his rules to reinforce the notion of being ruthless and following the system. This could work for you, maybe try it.

The temptation is always there to place a lot of money on a trade when you think it’s a sure thing. Don’t be nuts. You know it will all end in tears. 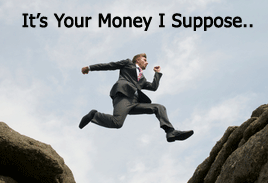 You’ve probably heard it a million times to only risk 1% of your account on any trade, this is a good rule of thumb, and certainly while you’re getting used to the markets. Sure, as you get more experienced and you get in the zone, you can maybe raise this to 3%. But any wise player who wants to stay in this game for the long term won’t take unnecessary risks.

Your trading system should give you a good idea of how wide your stop-loss needs to be to allow your trade room to grow. If your system regularly throws up, say 15 to 20 point potential profit targets, then you should not be risking more than 10 points on each trade. This isn’t set in stone, it all depends on your system, but the majority of trend following systems or range trading systems will need to work on a 1:1.5 or 1:2 (minimum) risk to reward basis.

What this means is, if you have a trade on a 1:2 R&R then you should gain twice what you risked. If you have two winning trades in a row, the profits you gain allows you to have four losses before your account balance is flat again. You need to stack the odds in your favor.

And by only risking 1% of your account on each trade, if you do get a run of losses, it gives you plenty time to start clawing your way back before your account is blown.

Even if you’re not the type of day trader who uses charts, it still pays to know where the current support and resistance (or supply and demand) areas are.

It doesn’t matter what time frame you trade, it could be a five minute chart, an hourly chart or a daily chart, on each and every one of them there will be areas where supply and demand drops off. This is known as support or resistance, and the big players know this. It’s highly likely that if an area has held before, then traders will be looking to trade at that level again.

Throw up a chart in your fave time frame, scan your eyes left from the current price and look at the peaks or troughs which the price has made. Do any of them match up? Could you draw horizontal line connecting them? Has the level had more than two touches?

These are the questions you should ask yourself to find support and resistance. If you see any of these levels, draw a horizontal line from left to right over the peaks and troughs. If there’s been several touches of a level, then this will be a strong, key area for major traders.

If you see a failure at these levels, then a reversal is possible. So in essence you don’t really want to be buying long as the price approaches the tried and tested long-term resistance area. This is when NOT to trade.

Conversely you do want to be going short into a tried and tested support area.

When the price approaches these levels, what you should be doing is one of two things, either:

1. Have a signal which tells you failure or reversal is happening. This will allow you to ride a short-term trend in the opposite direction, possibly with a tight stop-loss at, or just under, the support or resistance. For this you could either just simply look for a higher low (or lower high) or use a high probability candlestick pattern, such as an inside candle breakout or similar.

2. Be waiting for a breakout beyond the supply and demand areas. If the support or resistance breaks, often you get quite a powerful move as the big players stops are taken out. But if you are to play this system, I would advise once again to look for a secondary signal after the breakout. Wait for a pullback and then follow through move into the breakout direction. Then enter with a stop-loss near the breakout. Or look for a candle pattern, after the breakout, which will give you an entry based on your risk reward plan.

I can’t stress enough how important it is to be aware of any support and resistance on your chart before you make a trade. If you don’t know where the major players are trading, then it’s likely you’re going to get burned.

Now it’s time to go practice on this. Take what you need from the above and merge what you can into your system. Don’t be foolish, be disciplined, be organized and most of all be aware!