This is a really simple way for you when asking how to identify sideways market. It works in Forex or any market. And the indicators are loaded into virtually any charting platform that is out there. I know that these come as standard in MT4 which is free and you can get your own copy of that by signing up for a demo here.

The first thing I will show you is Bollinger Bands. Yep, that old staple of charting platforms. The nature of Bollinger Bands is the expand when the market is moving fast and deviating from the mean, and they contract in slow moving and ranging / sideways markets. A simple zoom out on a chart shows clearly when the bands contract then this is detecting sideways market. Here is a chart to show you that. 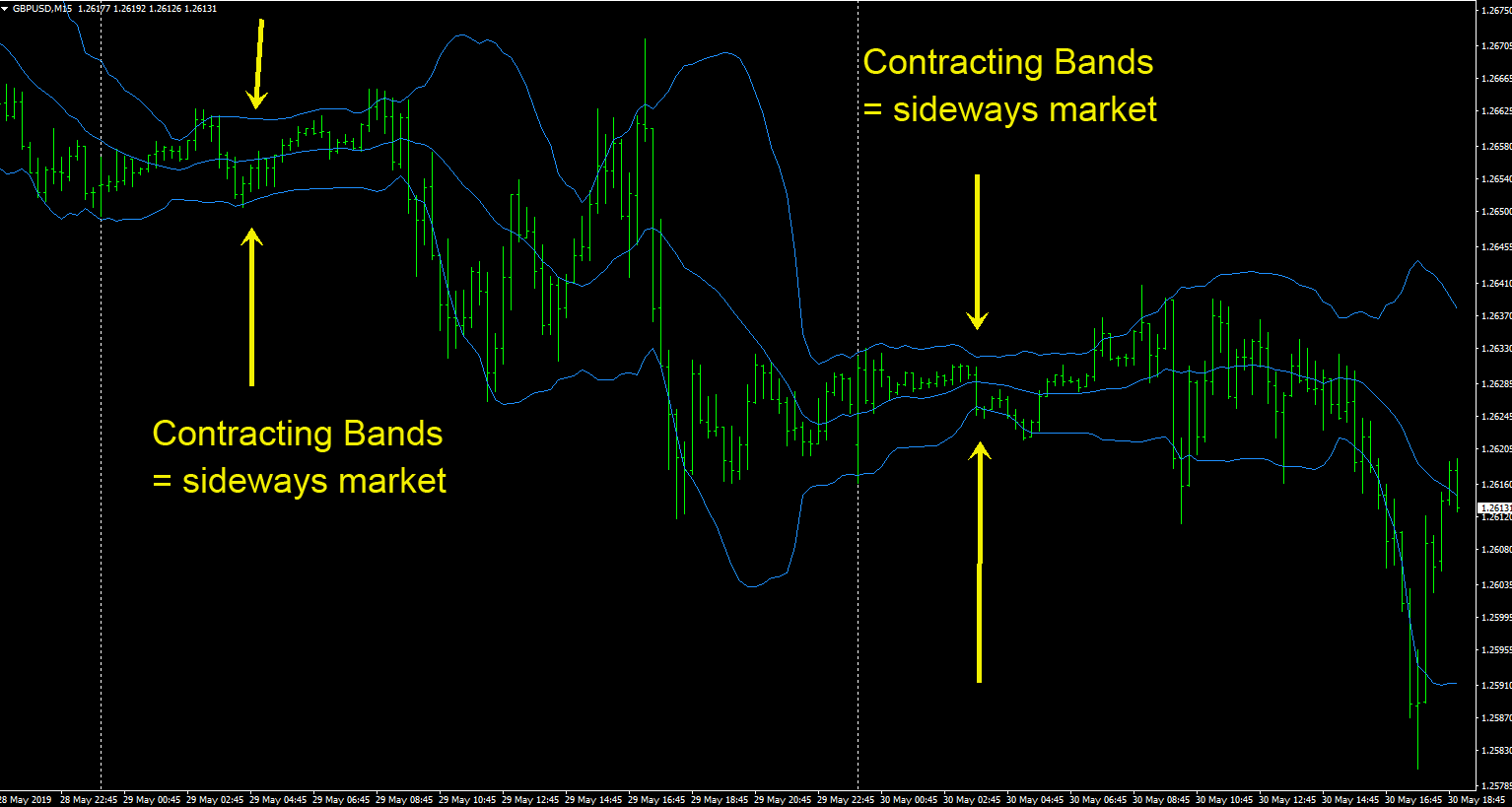 Now to anyone who is familiar with charts and Bollinger Bands you will be thinking, ok old hat. We know that Bollinger Bands contract when a market is going sideways. And you would be right. Perosnally I don’t like having Bolling Bands on my charts if I can help it, as they detract my eyes from the price action. So with that in mind maybe you would like a simple line indicator instead?

So to remove the Bollingers and still easily identify sideways market then you want to be adding a standard deviation indicator to your chart. Basically a Bollinger Band just shows a moving average plotted at a set deviation away from the simple average (the middle line of a Bollinger is just a 20 period moving average). Adding the standard deviation shows the flat areas of contracting bands, and movement of expanding bands with a single line.

Here is a chart showing the Bollingers and added a standard deviation. You will see that the flat line areas correspond exactly with the contracting bands, they are essentially the same thing. So this is a less cluttered way to identify sideways markets. 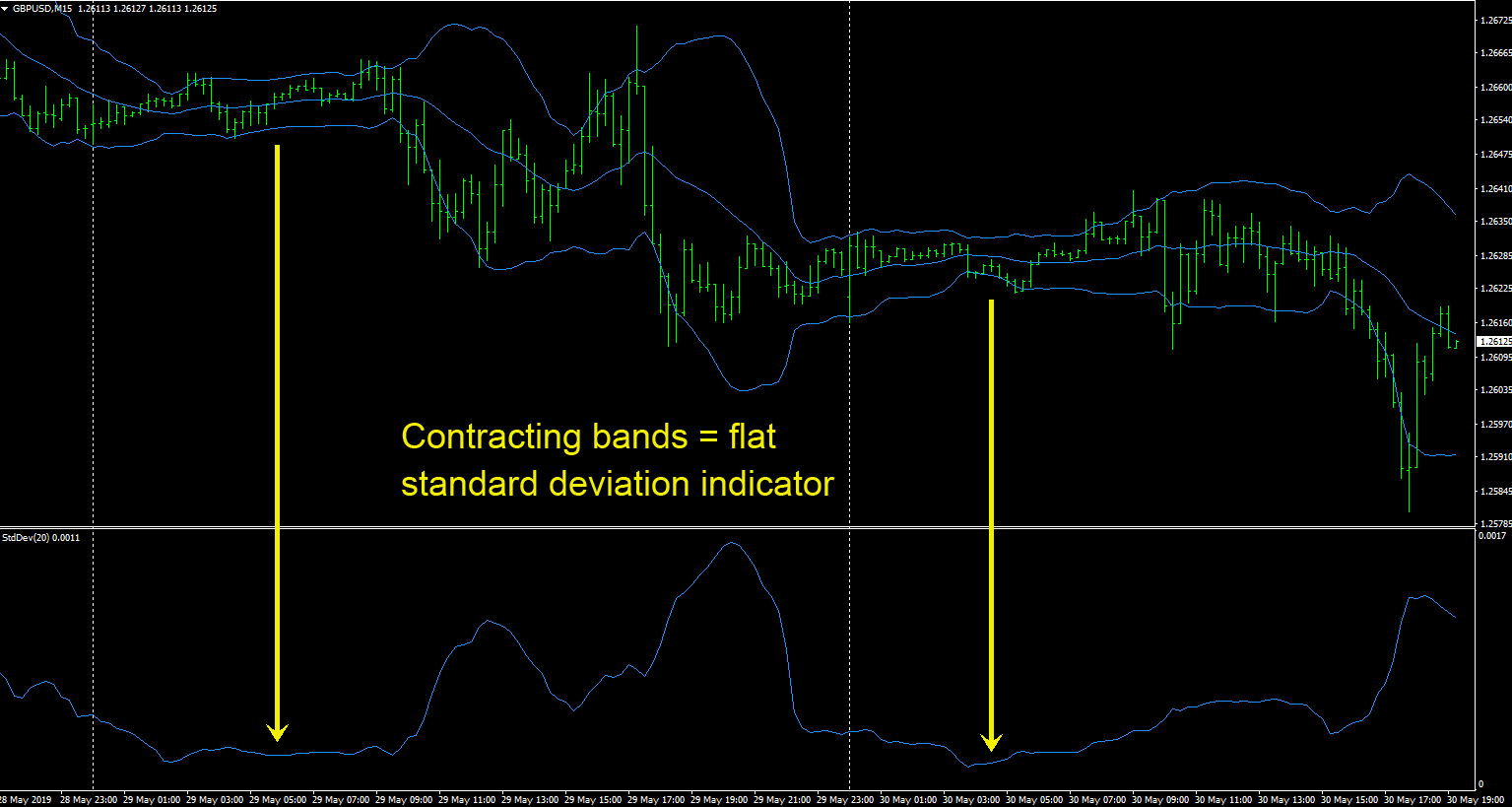 So there you have it, two simple ways to identify a sideways market on any chart platform.