You are here: Home / Forex / Ways To LOSE Money In Forex – Don’t Make These Mistakes

I thought I would take a different approach, rather than writing about how to make money with Forex I decided to go in the opposite direction. In this article I will ask you, how many ways are there to lose money in Forex trading?

Depends on whom you ask I guess. Probably about as many different ways as there are to make money in Forex trading. There have got to be at least a few books out there written on the subject.

Let’s start by looking at three of the ways about how to lose money in Forex when trading foreign currencies:

Not Staying On Top of Key Market Changes

Individuals are attracted to Futures and Forex currency trading first of all in part because of the perceived big money, then the allure of something even worse..big, EASY money.

Not that big, easy money is a bad thing. Unfortunately, it doesn’t exist for most of us…or else everyone and their brother and sister would be making a killing in Forex.

So, why is Forex so popular if everyone is losing money?

We’ll I would say that everyone trading Forex is losing – but many do, as when trading any financial product that carries risk. This has been well documented.

A contributing reason why some Forex traders, particularly newer traders, quickly “learn” how to lose money in Forex is that this massive market is open for business all day long 24 x 5 (it’s closed on weekends).

It’s not like the Stock Market or other Commodity Futures markets that open at 9am or 10am, and close for the day in mid to late afternoon. The foreign exchange market is global in scope, open pretty much around the clock, 5 days a week. As such, it follows the sun so to speak, around the world. Where ever you live and when you are not awake, Forex trading continues somewhere in the world.

Why is this important to you, as a Forex currency trader in learning not how to lose money at Forex trading?

First, when trading stock or other Commodity Futures contracts..you don’t have to be that concerned with what happens overnight. If you leave your trade(s) open overnight as many traders do, generally no real price movement will take place until the markets open the next morning.

However..with the Forex markets trading around the clock..leaving your trade position open unattended and unmonitored during that time…..well let’s just say that isn’t smart trading.

Not staying on top of specific market news, government news, economic news, monetary events, etc. things that may really move the foreign currencies overnight while you sleep – – – is yet another way of how to lose money in Forex trading.

Now, the Forex market may move in your favor overnight. If so, great! But, if it went the other way during your sleep time, you might be looking at closing your trade the next day at a loss ..and potentially a really serious loss.

Talk to any Forex currency trader this has happened to – you don’t want to learn how to lose money in Forex this way!

In addition to changing Forex market conditions from overnight news, events, etc. – – – there are several other factors that influence Forex trade outcomes, and they are part of what makes up a Foreign Currency trade. Find out more about this at what does Forex trade mean

Bailing Out of Trades Too Early

One area where many traders really struggle is when they see the Foreign Exchange market move against their position – whether quickly or in a more gradual move – causing their trade to go into the red, hopefully just for a temporary period of time.

No one wants to lose money. Watching ones’ trade get more and more underwater, hoping it will turn around soon..that is tough to take for many foreign currency traders, or any trader for that matter.

Let’s assume for the sake of discussion that in this hypothetical trade, you’ve allowed for a certain level of loss or drawdown potential. In other words, you’re giving the market room to breathe and move, in expectation of a desired or hoped for currency pair move in your trade.

However, most traders bail out of a trade far too early and quickly when their trade has started to travel south. Which is a good way for how to lose money at Forex trading…unless you have very tight money management trading rules you play by and you find that overall, employing a consistent tight stop loss strategy works for you.

The result? Not always, but many times, the trade turns around and moves back into profit, and sometimes takes off on a major move, creating serious profits. That’s the good news.

The bad news is that this is only good news only if you’re still in the market and didn’t exit your trade too early.

Another classic way how to lose money in Forex.

Pattern interrupt here. Fear. Learning to balance your fear in trading foreign currencies is a true art. It serves a valuable purpose by hoisting the warning or danger flag when the Forex market moves against your position, alerting you to be watchful.

But fear can also kill profitable trade potential if you let it start to dominate your thinking and trade strategy, and worse, let its powerful emotion take over.

Work on mastering your trading fears/fear of loss, etc. At the top of this article we touched on the question of why is Forex so popular if everyone is losing money at it?

Greed and fear. Greed is a key reason why Forex is so popular and why so many get attracted to the Foreign Currency trading game. And fear is a big reason why traders come to how to lose money at Forex. 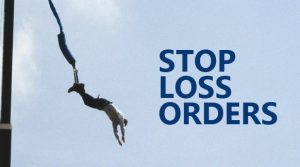 We talked about the stop loss briefly in the section above. We’ll explore another aspect of how to lose money in Forex below, by opting not using a stop loss order in your trading.

(This is not recommended for new/newer traders or those without DEEP trading pockets).

Using our above example of a trader bailing early on a trade that’s gone into the red…..some Forex traders prefer to trade without a stop loss, so they don’t get prematurely stopped out of an anticipated trade move.

However, trading without a stop loss can result in suffering a larger loss than if you had traded with a stop loss…marking this as another way how to lose money in Forex.

Trading without a stop is very, very challenging. You must be highly disciplined and coldly realistic to trade without a stop. This is sometimes referred to as trading with a mental stop.

As traders tend to hope an underwater trade will turn around let’s give it just a little more time or room, they think it is very easy for a trader to incur a larger and larger loss, continuing to “hope”, rather than exiting the trade at their mental stop loss point.

(Note: hope is another way how to lose money in Forex).

When you trade without some sort of protective stop loss in place, and your trade goes south moving against your position, you must live with what’s called a drawdown until the market (hopefully) turns around and moves back into a profit position for you.

While still in your trade, a drawdown – – – (which is how much your trading account is drawn down or reduced by the Forex brokerage house handling your trade, when any open trade is in the red)- – – may be considered a paper loss because you’re still in the trade.

On the flip side, if your trade is in the black, you could look at it as a paper profit’.

The downside is that the market may move against your initial trade position sometimes just for a little while, and other times for quite a bit longer – before the trade turns around and becomes profitable.

And if the market keeps moving against you, that drawdown/loss gets bigger and bigger. If you close that losing trade out, your ‘paper’ loss account drawdown becomes a very real loss…or a hard earned lesson in how to lose money at Forex.

Thus it is suggested that only traders who have well financed trading accounts trade without a stop…..which allows them to weather large negative account drawdown’s while they wait for the trade to take off. Or to be able to sustain a large loss if it doesn’t.

In both scenarios, the trade loss or profit doesn’t become realized until you actually exit the trade.

But in the event of a drawdown, you still need to plan for that loss to become realized should the market not recover in your favor. Otherwise you’re not looking at the trade realistically.

So, please be realistic. Don’t play the hopeful trading strategy game, because it is anything but that. Know your limit of risk and loss on any trade, and don’t exceed it.

Sure, trading with a stop loss can cause you to get prematurely stopped out of a good profit move from time to time. But by using a stop loss when you trade, you eliminate losing previously locked in trade profits, that would vaporize if you’d didn’t have a protective stop loss in place, and the market reversed on you.

More importantly, using a stop helps you minimize taking a larger than necessary loss in losing trades. It helps you NOT to learn how to lose money at Forex trading.

Strongly consider trading with a stop loss. Unless you have a very well capitalized trading account, don’t experiment with mental stops and how to lose money in Forex.